Sorghum as an Alternative Crop?

The Central Valley of California is vulnerable to water supply fluctuations and is in need of rotational crops such as sorghum, that are adapted to its unique conditions. Sorghum is a crop that is well known for its ability to adapt to poor quality soils and water in hot, arid environments with limited or irregular rainfall. Variables that growers battle with, aside from water shortage, include limitations on fertilizer applications, eventual limitations on applied water, and the need for rotational crops for pest control and soil enhancement. 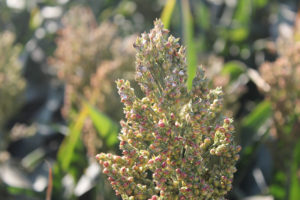 This study is vital to California agriculture because it establishes an economical alternative and important rotational crop for growers, making it a major economic base for the region. The project’s benefits are four-fold:

Phases of this project include: 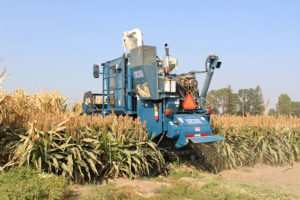 This project is taking place on six acres east of the Center for Irrigation Technology at Fresno State, and is funded by the Agricultural Research Institute (ARI). Students who are taking part in the project assist in planting, installing the irrigation system, fertigating, irrigation scheduling, weed control, data collection, harvesting, sample preparation, sample processing, and data processing.

How Shade & Moisture Affect Weeds and the Development of Alternate Herbicides
November 23, 2016